The ancient Emilian tradition will give you unforgettable flavors. The historic center is pervaded by scents that will give you an irrepressible appetite. In fact, you are visiting the Italian capital of good food.

The Best Restaurants in Bologna

Among taverns, trattorias and typical restaurants, there are countless places where to eat in Bologna. Trying them all would really be a challenge worthy of a mythological hero. To make your choice easier, the Bologna Guide team has decided to create a list of the best restaurants in Bologna so that you can savor the true flavors that this land has to offer.

Hotel, Bed and Breakfast or Residence?
Book Now and Save!

You can choose from over 1,000 accommodations.
Discover the best offers and find the solution that best suits your needs!
Book Now!

The best restaurants to order Tortellini:

The best restaurants to order the Cotoletta alla Bolognese:

Best restaurants for a romantic dinner:

Where to have an aperitif:

We have already helped thousands of people find the perfect accommodation.

Don’t risk it, read our tips! 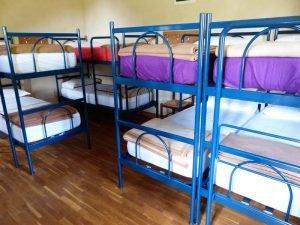 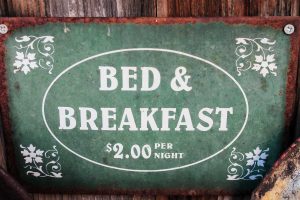 We have already helped thousands of people find the perfect accommodation.

Don’t risk it, read our tips! 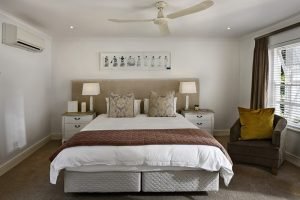 What to Eat in Bologna

In this land rich in flavors there are many traditional dishes ready to amaze your palate thanks to the intense taste and the homemade aspect.

Cold cuts are the most popular when it comes to making an aperitif or if you want to eat something quickly, they are often served on wooden cutting boards in large portions and accompanied by piadina, tigelle and crescentine.

The traditional first courses are characterized by homemade pasta and various proposals with intense flavors, including tagliatelle and tortellini. Second courses and tasty side dishes, even if not really “light”, cannot be missing. It is not by chance that the city is often referred to with the epithet of “Fat“.

At the end of this culinary journey, we also find desserts, for example the rice cake. In addition, many traditional restaurants can taste the captivating Tenerina accompanied by artisanal mascarpone. This cake, although not strictly Bolognese, has managed to find a place in the hearts of the inhabitants.

We have compiled the list of Bolognese dishes par excellence that you can find in the various taverns and restaurants.

The undisputed queen of Bolognese cuisine is certainly her, the tagliatella accompanied by her trusty and tasty ragù.

You cannot leave the city without having tasted his majesty, the tortellino. The recipe, handed down for generations, sees it as the protagonist in the tasty capon broth. However, it is also found in dry versions, for example accompanied with a Parmesan fondue.

Lasagna alla Bolognese is a dish capable of conquering everyone. The spinach mixture is accompanied by a rich sauce made up of meat sauce and béchamel.

This small and curved shape of pasta is perfect for the classic pairing with sausage ragù, which makes it a tasty and tasty dish.

Passatelli with their tasty mixture of egg and Parmesan breadcrumbs are served, as per the Bolognese culinary tradition, in broth even if you can find rare dry dishes.

Spinach, ricotta and mortadella are just some of the ingredients of this tasty green-colored stuffed pasta. Given their rich flavor they are often served with butter and sage to enhance the taste.

A true explosion of flavors, the veal is breaded in egg and fried, followed by cooking in the oven with a spoonful of meat broth, a slice of ham and grated flakes of parmesan.

Do you Wonna Learn the Secrets of Italian Cuisine?
Start your way to becoming a great chef!

🍴 Live the authentic experience of cooking like a Bolognese 👨‍🍳
Learn how to prepare hand-made pasta and Tortellini!

Typical of the winter period, the Bolognese mixed boiled meat is a dish that cannot be missed for those who want to explore and try every secret of this tasty cuisine. The cuts used are those of beef, pork, hen and veal

Mortadella, which must not be exchanged with Bologna Sausage, is synonymous with Bologna. A sandwich with mortadella is certainly the perfect snack that brightens the day. We advise you to try it also accompanied by a crescentina, strictly fried.

The Friggione represents a simple and tasty side dish at the same time that practically includes only two ingredients: tomatoes and onion.

This is the dessert that is easily found at the baker and few restaurants. Its mustard filling surprises those who taste it, we recommend it accompanied by tea or coffee.

Magnificent experiences are waiting for you, discover the unique itineraries and guided tours recommended by Bologna Guide! 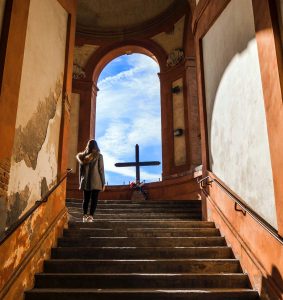 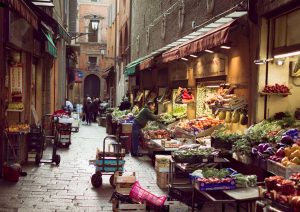 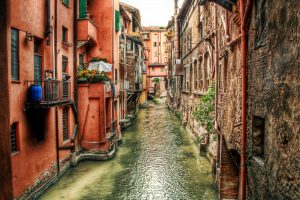 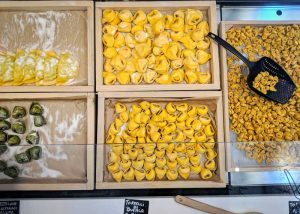 🏅The Best 7 Food Tours in Bologna

If you feel that a lunch or dinner, in one of the restaurants recommended by us, is not enough to satisfy your curiosity and hunger, you can continue to discover all the flavors of tradition by participating in a gastronomic tour.

To have a unique culinary experience there is no need to move from the charming historic center. The Quadrilatero area is indeed full of offers. Your journey in search of new flavors and delights for the palate starts right here. Together with your guide you will explore several restaurants where inviting tastings await you.

For a richer tasting, also including balsamic vinegar, parmesan and ice cream we recommend the 3-hour secret food tour.

Food and wine tour in the Emilian countryside

With this one-day visit, which will take you from Bologna to the Emilian countryside, you will not only taste excellent traditional products but also discover how they are created.

Between the stages there is also a visit to a vineyard, all of which will end with a lunch in a characteristic trattoria.

Do you want to taste the Bolognese Tradition? 🍝
Immerse yourself in a Tastefull Journey!

🍴 Mortadella, Tortellini and Tagliatelle are just the first of a long list of delights.
Lose yourself in the exceptional flavors of Emilia Romagna! 😋

Fico Eataly World is a must for lovers of Italian cuisine, with its over 100,000 mq dedicated to our local culinary tradition. It will be possible to buy and taste the most delicious Italian products. Just stroll inside the large structure to travel among the many regional flavors offered by the various restaurants. There are places dedicated to a single ingredient enhanced to the maximum, such as “Il Ristorante del Tartufo” and “Spazio Forme Dehor” dedicated to Parmigiano Reggiano.

The agri-food park in addition to the many offers dedicated to food also offers various attractions including the Luna Farm, a small amusement park with a peasant soul dedicated to families and children.

From 07/07/2021 the entrance to this large structure, dedicated to Italian culinary excellence, requires the payment of an access ticket of 10 €.

We Suggest... Our Tips on Where To Eat and More 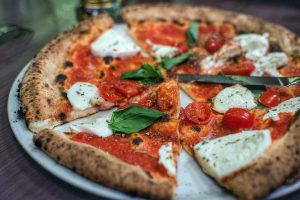 The Best Pizza Restaurants in Bologna

How to find a good pizzeria in Bologna? There are hundreds of them, it seems a bit like looking for a needle in a haystack. No fear! Our staff has tasted countless pizzas and we have selected the best pizzerias in Bologna just for you. 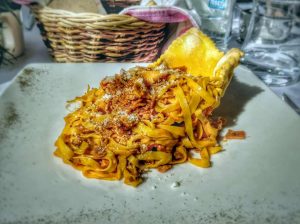 20 places where to eat in Bologna

Looking for a place to eat in Bologna you may be confused and have plenty of choice. In a city so famous and appreciated for its cuisine, however, be careful not to fall into a classic tourist trap. 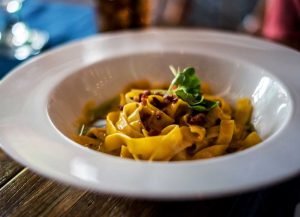 Bologna Food – History, Recipes & Where to Eat in Bologna

If you are a first time visitor remember: cooking in Italy is an art and you are in a city full of masterpieces. The city is the mother of many typical dishes of Italian cuisine, discover the best food, the one to try absolutely! These are the flavors that characterize the territory and that came from a long tradition. Today this Emilian city is considered by many people as the Italian capital of good food.

Plan Your Visit!
Book now your Hotel and Save!
OFFERS